From UW-Math Wiki
Jump to navigation Jump to search 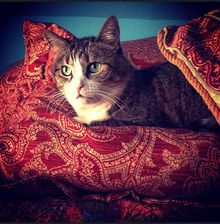 Why: The purpose of this seminar is to learn algebraic geometry by giving and listening to talks in a informal setting. Talks are typically accessible to beginning graduate students and take many different forms. Sometimes people present an interesting paper they find. Other times people give a prep talk for the Friday Algebraic Geometry Seminar. Other times people give a series of talks on a topic they have been studying in-depth.